Baseball is America's past time, or so the old saying goes.  Whether or not that remains true today with the rise of football is questionable.  What's not in question is that gambling has become America's obsession.  In an economy that could be described as unstable at best, the American Gaming Association estimates that $2.88 billion was gambled in Nevada sportsbooks in 2011.  The FBI estimates that $2.5 billion is wagered illegally during March Madness alone each year.  It should come as no surprise that in the current hit driven market of sports cards, gambling is steadily taking a stronghold on the hobby.

If you're not familiar with the term "group breaks", you soon will be.  Organized box and case breaks have taken the hobby by storm.  Do a Google search for box breaks and you'll see at least a dozen sites offering group breaks of some sort.  The concept is simple.  Rather than absorbing the cost of an entire case of cards that the average collector could never afford, individual team or hit slots are offered at a far lower price.  This gives customers the chance at landing an entire case worth of one team, or the chance to land a legendary hit from an upper tier product at a fraction of the cost.  I was able to land the 2012 National Treasures Lou Gehrig booklet card you see above (#3/4) for a mere $50 in a randomized case hit break.  A case of this product by itself would cost around $1350.

So you might be thinking, hey this is a win/win for everyone right?  Not necessarily.  Anyone that has ever known a serious gambler knows that for every jackpot story you hear about, there are 5 stories of epic failure that never get told.  And don't kid yourself folks, this is gambling.   You're not going to hear from the guy that got stuck with a Chipper Jones jersey or a Jimmy Rollins plain white jersey booklet numbered to 99.  Out of our entire case there was probably only about 5 cards out of 32 that will be a guaranteed profit.  Those are actually good odds compared to what you will face in many other breaks.  Products like Panini Contenders can easily burn you on an entire case with no autos for a particular team.  I paid just under $50 for a random team in a recent Contenders football break and was assigned the Bears, which netted me one Shea McLellin auto worth about $5.  I'm not telling you this to receive pity, I just want you to see this for what it is: a huge risk.  Many of you will never pull a card like the Gehrig, and you might want to consider that a blessing.  I realize that sounds ludicrous, but let me explain with a mildly cautionary tale:

About 10 years ago in the early stages of the Texas Hold 'Em poker renaissance, I routinely spent several nights a week at a nearby casino playing $4/$8 Hold Em.  I was single and it was a fun hobby that I loved studying and trying to read people.  I brought in my hundred bucks, went straight to the poker room, and either left when it was gone or went home with an extra hundred or so.  Then one seemingly ordinary weeknight, I was playing and got dealt pocket Queens and flopped 4 of a kind, with an Ace on the board.  To make a long story short, another guy had a full house (Aces full of Queens) and we hit the bad beat jackpot, with $20,000 going to him for losing and $10,000 to me for winning.  It was a rush that is hard to explain if you've never experienced it, but it was so empowering I found myself suddenly taking risks that I never would before.  I started dabbling in slot machines, even though I knew better and the odds were horrendous.  I wanted that chance to hit another jackpot, the quick rush.  Having the 10 grand in the bank gave me a false sense of security and soon I was withdrawing my daily max at the ATM.  One night I was up nearly $500 and somehow ended up giving it all back.  That was the longest drive home I've ever had and I realized at that point that I had a problem with addiction and had to get it together.  I was lucky, I caught myself before things got any worse and found better ways to spend my time(and money).  As we all know, there are countless tales of other people who weren't so fortunate and have lost everything.

This might seem like an extreme example but the truth is, addiction can happen just as easily in cards as it can in a casino.  If you find yourself buying more and more slots to chase that next "big hit", please take a step back for a day or two.  Make yourself look at your paypal/bank statement. If you have difficulty distinguishing which charges go with which breaks, then you probably need to scale it back.  Try a diversion like set building.  It can be so rewarding, and it will remind you why you got into card collecting in the first place.  The case breaks will still be there when you're ready again.

The chances of me pulling another Gehrig level card in my lifetime are slim, which is why I'm going to take some time off from breaking.  Not permanently, but long enough to really enjoy this "jackpot".  As Kenny Rogers said, you've gotta know when to fold em.  A booklet card seems like an obvious fold to me. 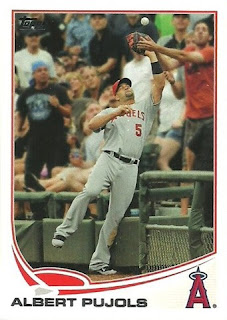 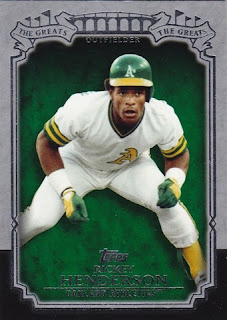